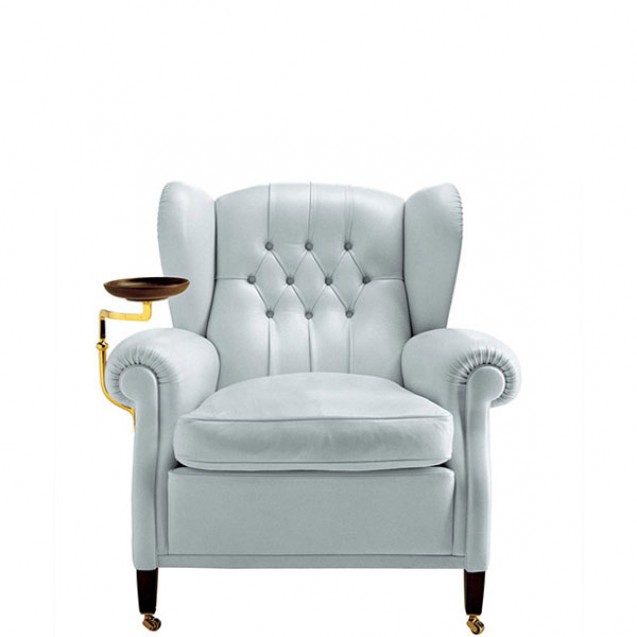 The “1919” armchair, named after the year in which it was designed, is actually archived under the code “128”. It is thought that it was custom-designed by Renzo Frau for Filiberto Ludovico of Savoy, Duke of Pistoia. Despite being commissioned by a specific customer, it became one of Poltrona Frau’s first and biggest public successes.

Reinterpretation of the classic bergère model, compared with its progenitors the “1919” adds the strength of its characteristic capitonné, used for the backrest. Other details include the addition of a special extension to use as a footrest and a little optional bookstand with arm, designed to hold the ashtray of the Duke, a famous cigar smoker. 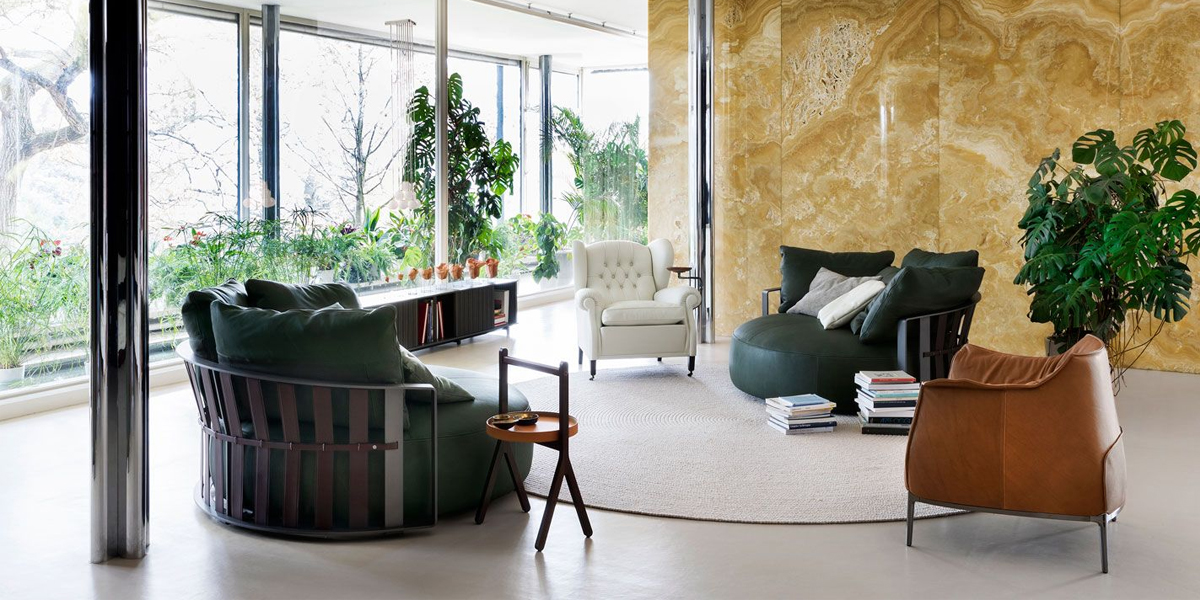